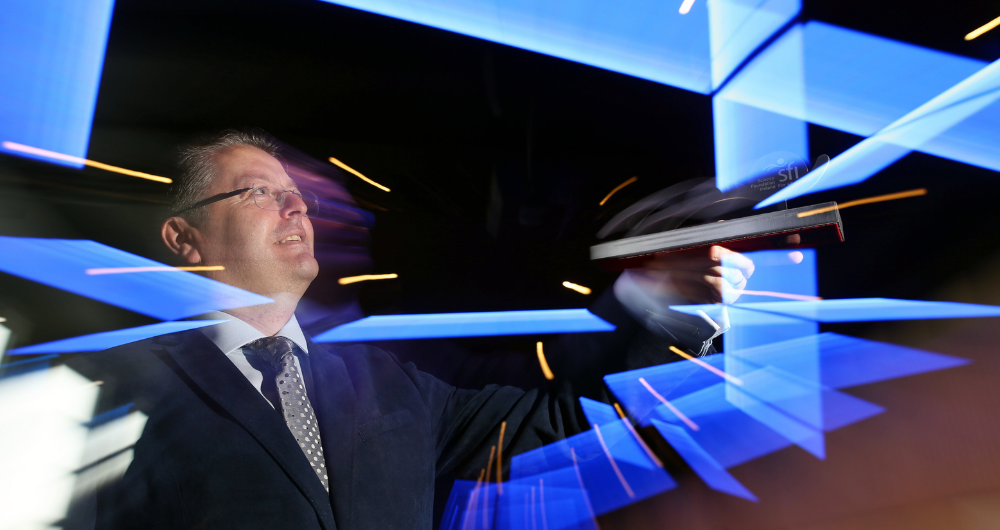 Prof O’Sullivan also chaired the ad hoc committee on AI Skills for the Expert Group on Future Skills Needs. This project examined skills relevant to the deployment, management and regulation of AI over the next five to 10 years. It took a broad approach to the AI-related skills that will be needed across the economy, including by non-experts, the general public, teachers and students. The report can be seen as an introduction to the issues around AI skills and provides some groundwork for future, more detailed analysis. Read more

In the field of diplomacy and AI, Prof O’Sullivan is also taking a leading role. He led an international diplomacy team in a Track II initiative to seek common ground between the US and China on the use of AI in military settings. This resulted in a Code of Conduct supported by both sides.

This draft Code of Conduct for AI-enabled military systems is the product of a two-year consultation process among Chinese, American and international experts convened in person and online by the Centre for Humanitarian Dialogue (HD). The goal of the consultation process was to determine whether certain principles and limitations might be agreed regarding weapons and related military systems with significant AI components, especially among those international actors whose technology and deployment in this area is most advanced.

Participants in the dialogue included current academics and former officials with military, diplomatic, intelligence, weapons design and legal backgrounds from the United States, China and an international delegation from Europe and Latin America.

While some experts participated in previous UN conferences related to limitations on advanced weaponry – such as the UN CCW’s Lethal Autonomous Weapons Systems (LAWS) Group of Governmental Experts – the purpose of the consultation was to break away from public positions and to see if a discreet process could find common ground on limitations before AI-enabled military systems become so commonly used as to make future limitation impractical.