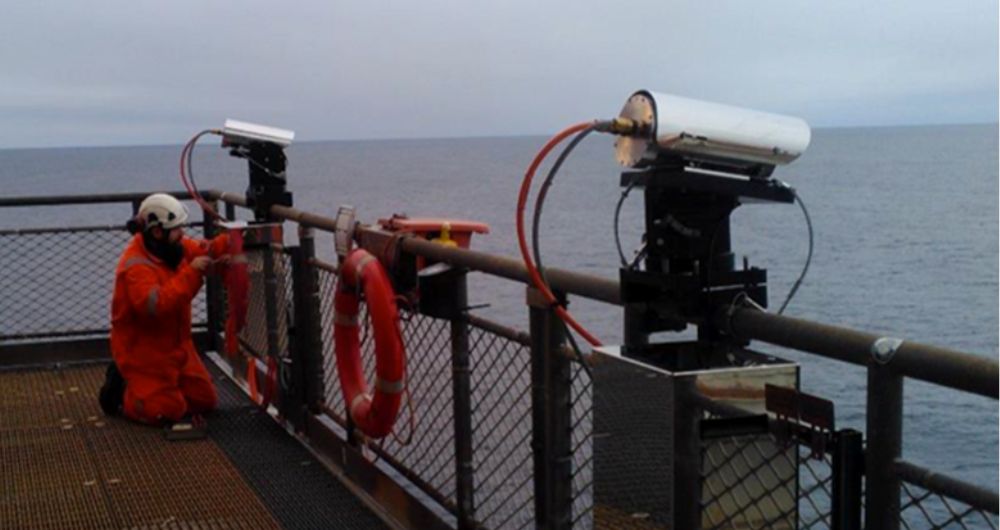 Insight Industry: All about StereoWave

The AirSea Laboratory and the Insight SFI Research Centre for Data Analytics at NUI Galway are collaborating with the Norwegian Meteorological Institute on an exciting project called StereoWave, which analyses the behaviour of waves in the North Sea. The project is based on a pair of cameras which are 5m apart and are pointing at the same area of the ocean surface. The hardware was designed and built by the AirSea Laboratory (NUI Galway) and Insight are currently building a framework for processing the data in near real time utilising the Waves Acquisition Stereo System (WASS) open-source stereo processing pipeline for three-dimensional reconstruction of ocean waves. The project aims to improve the efficiency of current image processing times and to provide analytics that will enable the prediction of wave behaviour in a real time manner. This research has the potential to forecast if catastrophic waves are building at sea that have the capacity to impact on offshore infrastructure. The research is led by Dr. Brian Ward and Andy Donald at NUI Galway with collaborative input from Øyvind Breivik at the Norwegian Meteorological Institute.
Storm waves have the potential to cause severe damage to offshore constructions, and with the advent of large offshore wind farms, there is a need to understand how large waves within a given area of the ocean can become. This is not as trivial as it sounds. If you measure waves in a single point, the chance that you will capture the largest wave in the neighbourhood is practically nil. This is what a traditional wave buoy does. However, just like a surfer doesn’t sit idly and wait for the largest wave to come towards her or him but instead will swim towards it, stereo cameras can find the largest wave within the area seen by both lenses.
The project builds on WASS and the recently developed WASSfast – a new approach to processing stereo images of waves where machine learning allows near real time processing of the images. 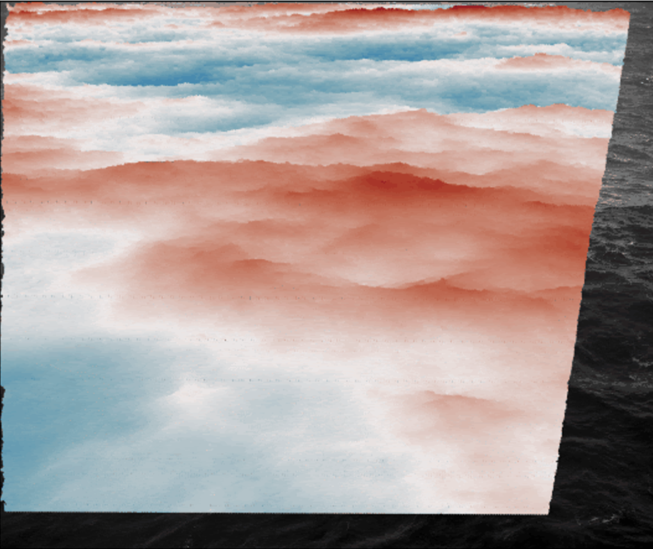 Pictured left is a three-dimensional surface calculated from stereo images overlaid on a black and white picture from the left camera. Wave crests are red, troughs are blue.

More information on this project can be found at http://airsea.nuigalway.ie/ or by contacting Insight at https://www.insight-centre.org/ or via email at businessdevelopment@insight-centre.org