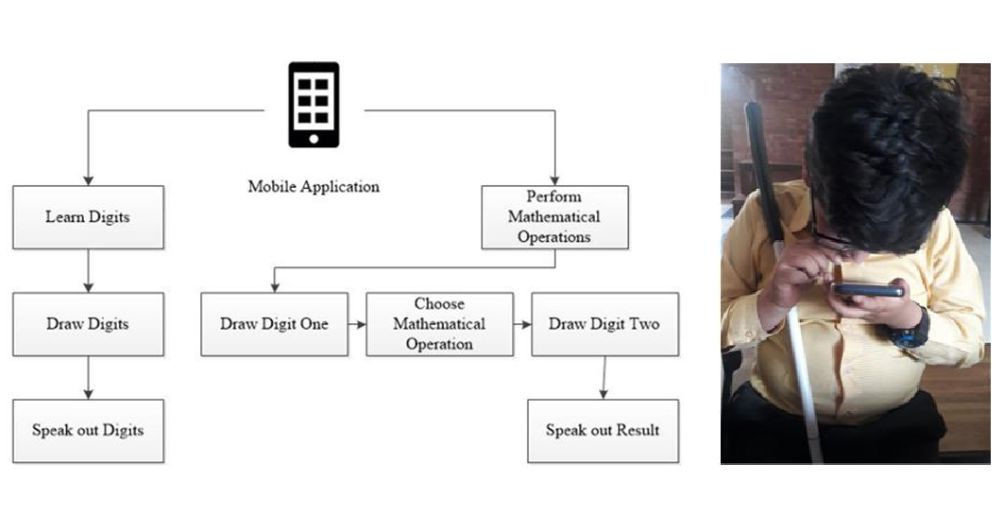 Insight researchers are exploring how to use smartphone technology in order make remote learning more accessible to people who are blind or living with vision impairment. On World Sight Day, Dr Ian Pitt writes:

The COVID-19 pandemic produced widespread changes, including a rapid transition from traditional, face-to-face teaching to online/remote teaching. This change affected education at every level, from primary schooling to higher education, and the impact was felt across the world.

Most remote learning platforms are designed primarily for sighted students, and are difficult or impossible for blind and visually-impaired people to use. Most can be adapted (using screen magnifiers, text-to-speech, etc) to allow at least a basic level of access for blind and visually-impaired students, but studies show that such adaptations do not adequately address the problems. Systems designed primarily to support visual interaction and display are inherently difficult to adapt for those with limited or no vision.

Presenting educational material in an accessible form is a problem across many disciplines, but it is especially problematic in subjects which rely on visual forms of communication, such as maps, charts, diagrams, etc. In mathematics and many science and engineering subjects, students are faced with rich visual information, such as graphs, geometric shapes, algebraic notations and statistical formulas. In traditional classroom settings, such material has been presented using tactile diagrams (e.g. prepared by the teacher using embossing film) or Braille displays. However, Braille displays are too expensive for most individuals to purchase, and none of the existing solutions lends itself to remote teaching. Thus there is a need to develop solutions that allow remote teaching to be delivered effectively using cheap, widely-available technology.

The present research is addressing this issue from several angles, but places particular focus on providing access via smartphones and tablets. These devices are relatively cheap and are now in widespread use in almost all parts of the world, including by many people who do not have access to laptop or desktop machines. However, smartphones and tablets use touchscreens, which are difficult for blind people to use. Unlike conventional keyboards, they do not have any physical features to aid the user in finding keys. Various solutions have been developed, but none allow blind people to use touchscreens with the same ease and facility as sighted people. Meanwhile, the small screen size makes it difficult for partially-sighted people to use screen magnification software. On the plus side, modern smartphones have sophisticated audio facilities which can be used to generate convincing spatial sound for delivery through headphones. If the basic accessibility problems can be minimised through appropriate design, we believe smartphones offer a means to deliver remote mathematics teaching on a cheap, widely-available platform.

As a first step, we have conducted a systematic review of previous work on teaching mathematics to blind and visually-impaired students using computers. This highlighted many issues and challenges, some technical, such as poor accessibility, limited access to the internet, etc. and some reflecting the ways in which remote learning differs from face-to-face learning, e.g. less immediate interaction with teachers, difficulty in involving parents in learning, etc. We have also conducted a controlled study in which we compared the performance of two groups of school children learning basic mathematical concepts, one group being taught by traditional means while the other used a smartphone application. The results show that the students using the smartphone solution performed as well in most respects as those taught using traditional methods, and they also reported higher levels of motivation. The work is ongoing.