Insight Culture: The VICTEUR project and the surprising long term impact of the Victorian mindset

What can large scale cultural and historical datasets tell us about the ways in which national cultures develop and the role of migration in that development? The VICTEUR project analyses the representation of inward migration and migrants in Victorian culture and the surprising long term impact of 19th century attitudes to an increasingly urgent issue in the 21st century. We are in the process of identifying persistent and residual narratives and attitudes to a cross-section of European migrants in Victorian fiction and the cultural output of these migrants across a very large literary data set, the 35,918 volumes of fiction in the British Library Nineteenth Century Corpus operationalised for text mining via the Curatr online platform.

We do not usually think of Victorian England as a multicultural hub, but migrant labour and the new ideas and connections that came with it were dynamic forces in everything from construction and mining to international trade and artistic endeavour. Literature and the arts benefitted from this, but also reflected cultural unease with the increasing religious and national diversity apparent in Victorian cities such as London and Manchester. Case studies on three very different groups of migrants (Irish, Eastern European Jewish and Italian) are a  key part of the project.

We are currently working on Irish and Jewish protagonists in Anthony Trollope’s Palliser novels (1864-1880), adapted as a highly successful TV series in the 1970s (see 1 below). Trollope was a political Liberal in this period with a peculiar affection for Ireland, where he had a successful career in the post office and began to write fiction. He wanted to promote the idea that Irishmen could do well in London and be integrated into the imperial establishment. In contrast to this integrationist agenda for the Irish,  during a period when Britain had its first ethnically Jewish Prime Minister, Benjamin Disraeli, Trollope’s novels consistently deploy anti-Semitic stereotypes. When a prominent liberal politician is murdered in Phineas Redux (the fourth novel in the series), the main Irish and Jewish male protagonists are immediately suspect. There is nothing new about racial profiling. While Phineas’s political ambitions at Westminister are presented very sympathetically, the extent to which Joseph Emilius, a Jewish immigrant from Prague, has re-invented himself as the Anglican minister, Mr Emilius, is highly suspect. Nonetheless, the Irishman is known for his quick temper and associated with violence. We can see how far in tune with dominant attitudes Trollope is by tracking the associations of the words Jewishness and Irishness in the corpus (see 2 below). Using this type of Cultural Analytics approach, it becomes quickly apparent that there is a very marked difference in the way 19th century novelists saw Irish and Jewish men and women.

Ultimately we want to examine the residual influence of this characterisation of migrant groups in twenty first century fiction, film and television, combining methodologies from text mining, literature and cultural memory studies. 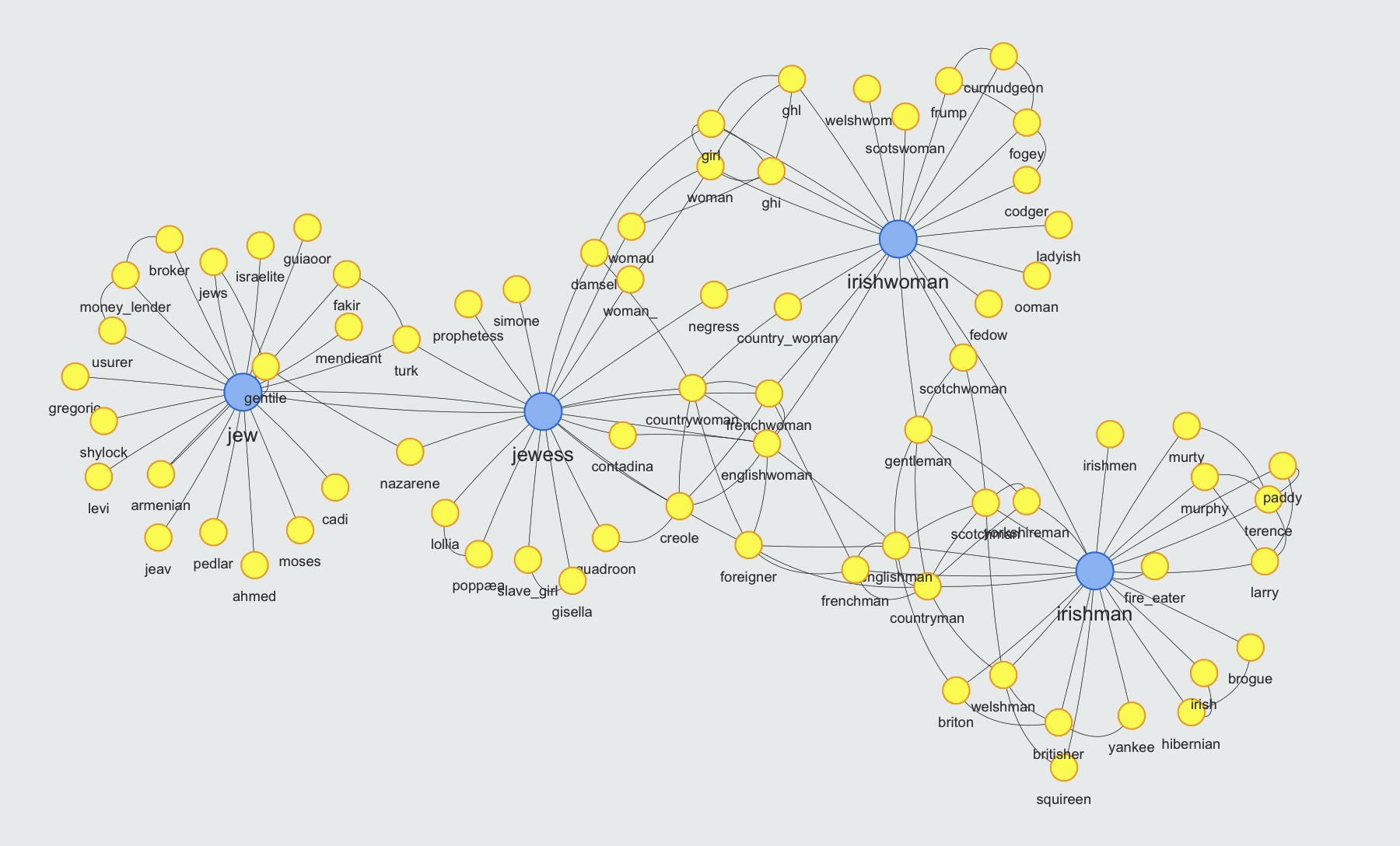