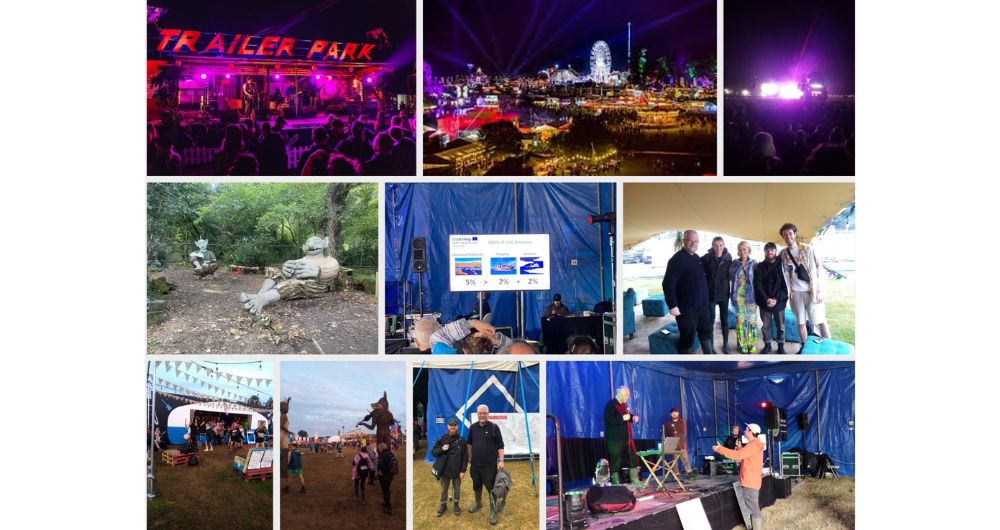 In a packed blue and white Human Lab tent in the Mind Field section of the Electric Picnic (Irelands premier music festival) Niall Ó Brolcháin who is based in Insight at the University of Galway, headlined a workshop on how we might seriously reduce our GHG emissions by rehydrating Peatlands across Europe and beyond. The workshop was hosted by the aptly named Eco Showboat. The audience remained from beginning to end despite the many music attractions available nearby. They stayed partly because the main events hadn’t started yet, partly because the rain was pouring down outside and partly because they were extremely interested in the topic. Climate and Green issues were well to the fore at the festival as a whole and were something that the audience very much appreciated.
Niall pointed to the fact that there is a very real opportunity for Ireland to punch a big hole in our emissions by restoring as many of our peatlands as possible. He said that we have yet to fully realize the enormous ecological value they possess. He mentioned the three related EU projects, Interreg Care Peat, Horizon Green Deal Waterlands and Life Multi Peat in which he leads the evidence-based policy output. There were a lot of questions from the audience, mainly about agriculture and the potential in Ireland for Carbon Farming and Wetland Agriculture.
It was a young and very well-informed audience who were part of an estimated attendance of 70,000 people, there to enjoy an action packed weekend in the event near Stradbally in County Laois. It was right in the heart of Peatland country. Niall who was introduced by Rudilee McCarthy representing the Eco Showboat was delighted at the opportunity to address and discuss the value of peatlands with the festival audience.