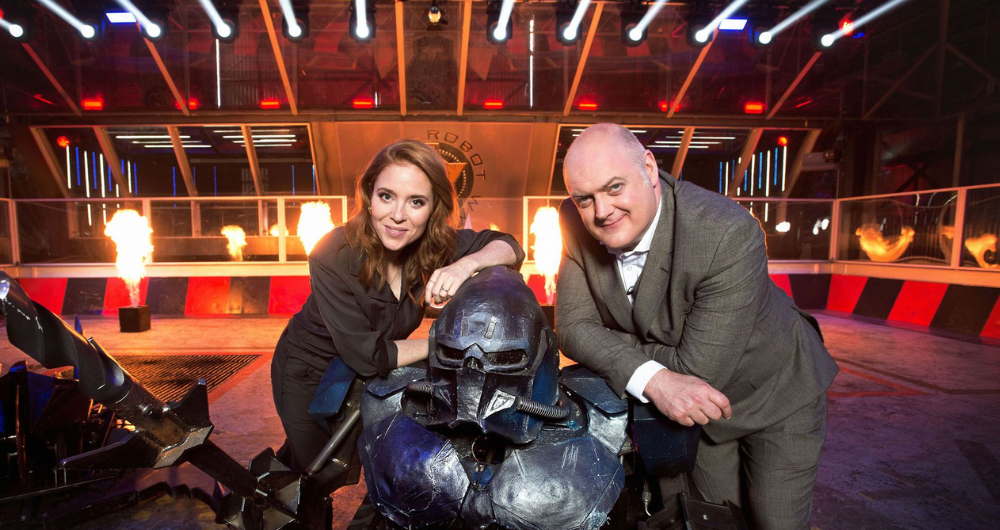 4 Shows over two days, October 8 & 9 at the National Basketball Arena.

Event:         RoboRiots, the biggest Robot Sports Combat entertainment show in Ireland. Fun for all the family.

The biggest, baddest, strongest and fastest next-generation robots from BBC’s hit TV show Robot Wars including Thor and Diotoir fighting against veterans such as Ripper and KingB, will be flipping, smashing and bashing in entertaining mortal combat inside the special bullet proof battle arena.

Their ultimate goal is to destroy or disable the opponent to reign supreme in Robot Combat Sports.  This is the first full length heavyweight combat robot tournament of its scale in Ireland.

RoboRiots is organised by the Robot Wars Irish team who created one of the most iconic combat robots, the flaming furball Diotoir, headed by Irish Roboticist and Insighter Peter Redmond.  Speaking about the event, Redmond said: “Robot battling is a true sport of the future. It has all the right elements: mad science, gladiatorial combat, plucky garage inventors, and hi-tech machinery.  Brutally effective, utterly vicious machines have now evolved from one based on an engineering challenge, to that of hi-tech operational challenge with space age materials.”

But it’s not just entertaining combat robots! There will also be celebrity robots like R2-D2, a Dalek, a Minecraft creeper and AL-1X – RoboRiots’ very own Z-list celebrity robot.

Also how about boxing robots? Seven-foot rockem sockem boxing robots will be trading haymakers in a no holds barred one-on-one slugfest to literally knock each other’s block off.

Tickets from roboriots.ie priced from 20 euro plus fees.